Last week the younger kids and I recently had the opportunity to go to a Monster Energy Supercross  event. I have been to many motor sports events in my life but this was my first time I was able to see a Supercross event.  The kids and I were excited to hop on a plane and spend a day in Atlanta learning about all things Supercross. 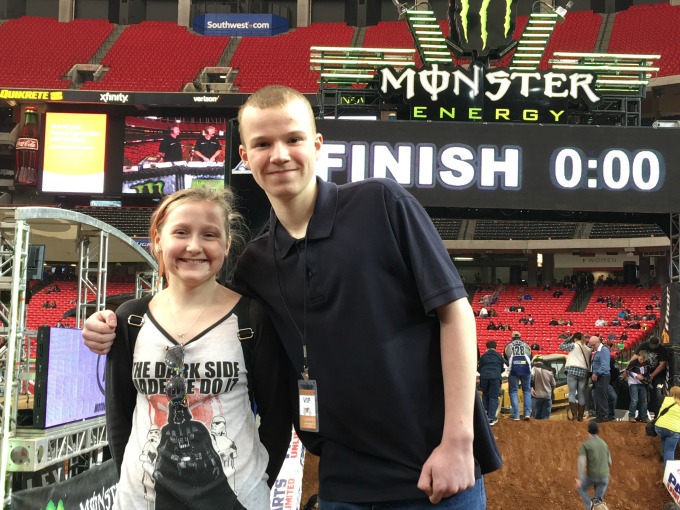 I was very impressed on how fan friendly Monster Energy Supercross is. They have pit parties where you can walk around to all the team trucks and talk to some of the riders. They also have the track walk where they let fans onto the track to learn more about what goes into putting on a event. It was interesting to learn that it takes them 4 days and 500 or more truck loaded of dirt to build the track for every event. They also own the dirt at every event to help keep the costs down. Every track is different to keep the racing competitive. So at every event location you get a different race!

We also had the opportunity to spend the day with Jackie Short, the wife of Supercross Legend Andrew Short.  Jackie and Andrew met while Jackie was still riding Supercross. She was a rider but never went pro. Andrew, on the other hand, went pro in 2001. This is going to be Andrew Shorts last year. 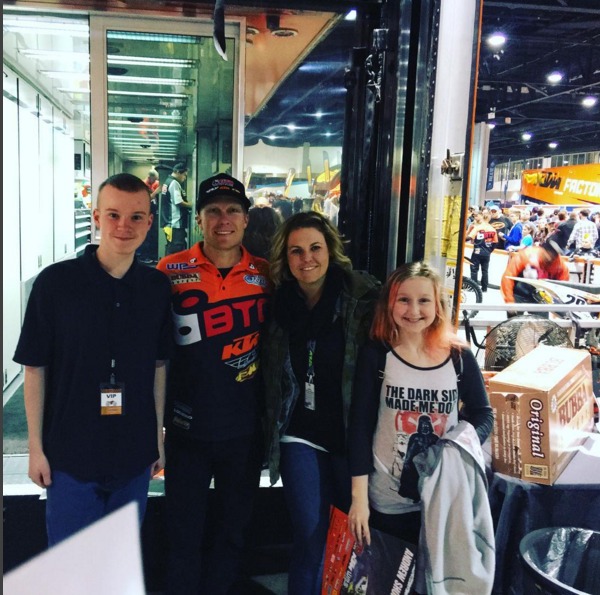 Andrew Short races in the 450cc class. It was very neat to learn some of the inside secrets from people that have been in racing most of their lives. One of the funniest things that I learned was the a lot of the riders use female products on their goggles to keep the sweat out of their eyes.  Not kidding at all! Jackie grabbed one of the goggles from a rider. It was hilarious.

While chatting with Andrew and Jackie, we also got a chance to check out the team truck. The team trucks are the riders’ home away from home. They carry everything that the team might need for the weekend. They can almost build 3 more bikes from all the parts on the truck. Andrews team truck has 3 riders. You can only imagine how tight knit those riders get to be after spending so much tim traveling the country during Supercross season.

After we did the track walk, interviews, and behind the scenes truck tour, it was time for the races to start! We had heard alot about what Supercross was all about, but now it was time to see it live and in action. 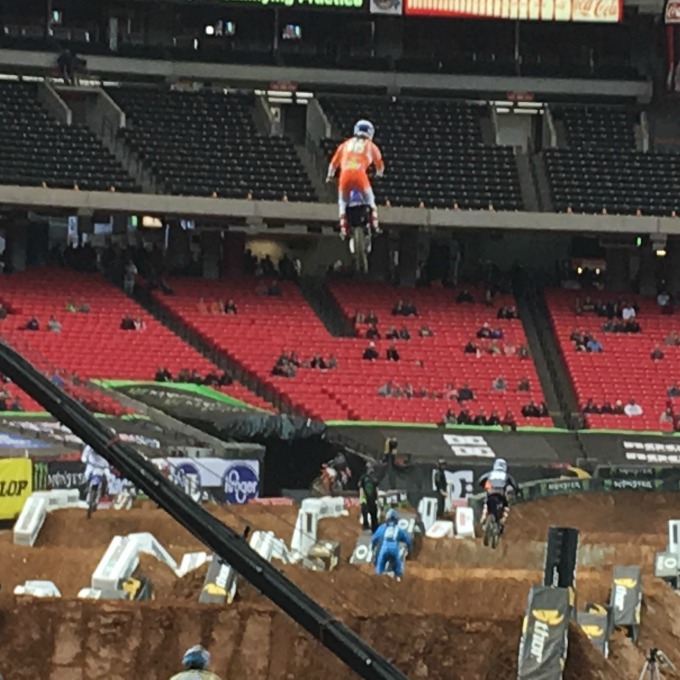 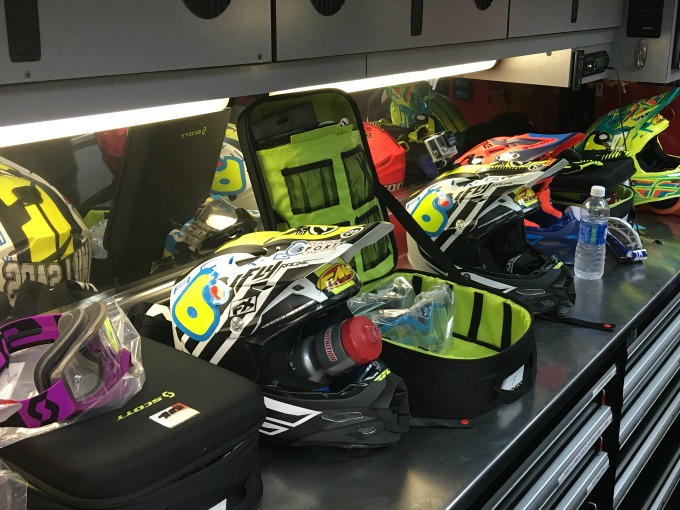 One word to describe Supercross? Exciting! There was tons of drama, lots of speed, and of course big air! Monster Energy sure knows how to put on a show! There were lots of fireworks and fireballs while introducing each major driver, which was really cool but might startle some little kids. If you go to a Supercross event, I highly suggest bringing a pair of ear plugs.

Monster Energy Supercross is definitely a family friendly event for all ages. Even though this was our first time going to a Supercross race, it definitely won’t be our last. During our behind the scenes talks, I may have dropped the suggestion that they might want to try and host a Supercross event in the new US Bank Stadium here in Minneapolis. Here’s to hoping!