Walt Disney Pictures is at it again with the Cinderella new movie coming March 2015!  This is the first time for a live action Cinderella movie from Disney. It looks like it’s going to be amazing. The movie, which opens Month 2015, features actress Lily James who plays Lady Rose on Downton Abbey (love that show!)

Just from the new Cinderella movie trailer I have seen, the cinematography looks amazing! It’s bright and vibrant and full of life. We saw the trailer when we went to see a movie on Thanksgiving. My eldest daughter surprised me as she squeezed my hand and told me that she is going with me to see that movie when it comes out. Being fifteen, and not a princess/fairy tale kind of kid it really surprised me.

Disney’s “Cinderella,” a live-action feature inspired by the classic fairy tale, brings to life the timeless images from the studio’s 1950 animated masterpiece as fully-realized characters in a visually-dazzling spectacle for a whole new generation.
Directed by Academy Award® nominee Kenneth Branagh (“Thor,” “Hamlet”), the film stars: Academy Award winner Cate Blanchett (“Blue Jasmine,” “Elizabeth”) as the wicked but misunderstood stepmother; Lily James (“Downton Abbey”) as the loving and kind-hearted Ella, a young woman whose spirit can’t be broken; Richard Madden (“Game of Thrones”) as the dashing and thoughtful Kit, who initially hides his true identity as the Prince from Ella; and two-time Academy Award nominee Helena Bonham Carter (“The King’s Speech,” “Alice in Wonderland”) as the Beggar Woman and Ella’s fabled guardian, the Fairy Godmother.
“Cinderella” is produced by Simon Kinberg (“X-Men: Days of Future Past”), Allison Shearmur (“The Hunger Games: Mockingjay – Part I”) and David Barron (“Harry Potter and the Deathly Hallows”) with Tim Lewis (“GoldenEye”) serving as executive producer. The screenplay is by Chris Weitz (“About a Boy”).

If you can’t wait to see the movie, make sure to check out this great Cinderella movie trailer here! Plus, keep your eye out for news about the new Frozen short film that will premiere before Cinderella.

Want to learn more about the new Cinderella movie? Make sure follow the film on their social media channels!

Love this movie? Make sure to check out these other great films from Walt Disney Pictures: 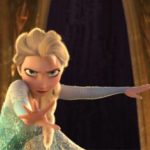 Into the Woods Movie Clip 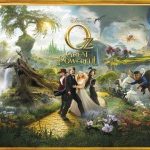