This post about Outlander Season 4 may contain affiliate links, but we have a Jamie obsession to pay for yo!

If you’ve been wondering when does Outlander Season 4 start you need to start doing a happy dance! The answer is soon my fan people soon!

If you haven’t watched Outlander yet, or read the Outlander books, then you need to hurry about and get your binge watch on. 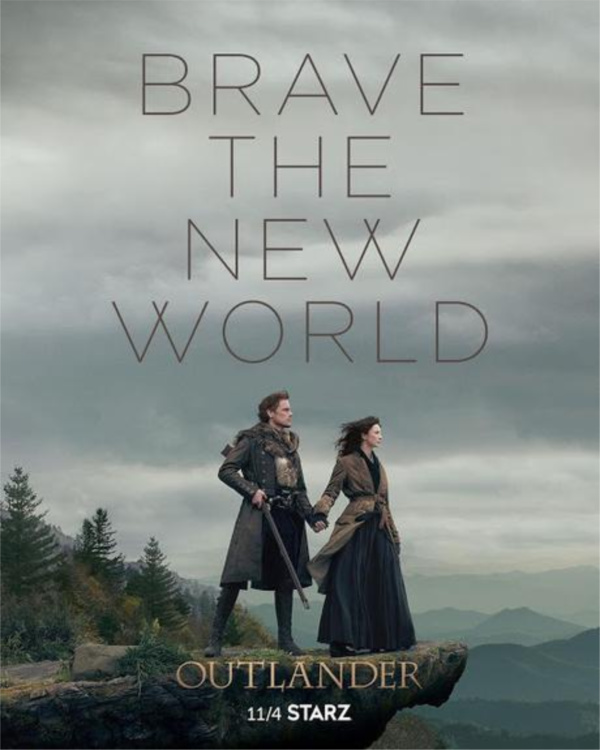 What Channel is Outlander On?

The ONLY place you can watch Outlander online or on your TV is on STARZ.

If you are like me and don’t have cable, never fear! You can STILL subscribe to STARZ.

STARZ has their own app that allows you to watch Outlander online from your phone, tablet, or your gaming console (this is how we watch it).

They even have an awesome landing page that explains how the STARZ app works! 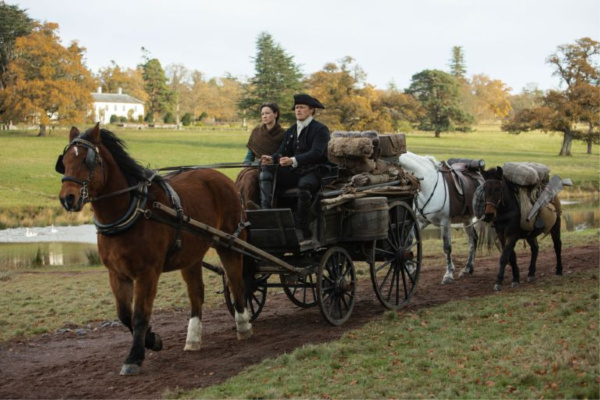 Just think about it. You can have Jamie in your bed, Jamie on your couch, Jamie in your tub! SO many ways you can watch Jamie any way you want! All you have to do is be a STARZ subscriber.

I don’t know about you, but for less than 2 lattes a month I’m all about looking at Sam Heughan for hours and hours.

There is even a free STARZ trial available so you can binge watch the entire Outlander Series before the season 4 premiere.

Sign up for your STARZ subscription here, and get to watching Outlander online! If you haven’t watched or read the Outlander Book Series by Diana Gabaldon STOP NOW. This is your spoiler warning!

Though we keep our posts spoiler free, in general if you haven’t read the books or watch Outlander Season1 on STARZ, you need to skip past this paragraph (you have been warned…… again because I love you!)

The 4th season of the Outlander Season is following the Drums of Autumn Outlander Series book.

Though STARZ has kept a close lid on how closely season 4 is going to follow the book series, we do know that the 4th installment in the series will be following Jamie and Claire to the new world and a pre-revolution America.

At the end of Season 3, we were left with Jamie and Claire washing up on the shores of Georgia after their ship was destroyed by a hurricane. (These guys SERIOUSLY have the WORST luck!) 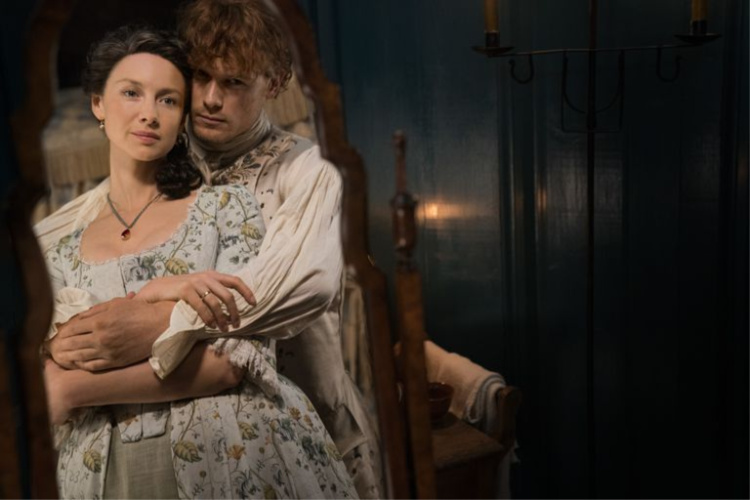 Season Four of “Outlander” continues the story of time-traveling 20th century doctor Claire Fraser and her 18th century Highlander husband Jamie Fraser as they try to make a home for themselves in colonial America. We find the Frasers in North Carolina, in a place called Fraser’s Ridge at yet another turning point in history – the cusp of the American Revolution. As Claire and Jamie build their life together in the rough and dangerous backcountry of North Carolina, they must negotiate a tenuous loyalty to the current British ruling class, despite Claire’s knowledge of the bloody rebellion to come. Along the way, the Frasers cross paths with notorious pirate and smuggler Stephen Bonnet in a fateful meeting that will come back to haunt the Fraser family. Meanwhile, in the 20th century, things heat up between Claire and Jamie’s daughter, Brianna Randall and Roger Wakefield, the historian who helped search for Jamie in the past. But as they grow closer, the young couple realize they have very different ideas about the future of their relationship. However, when Roger and Brianna search for proof that Brianna’s parents reunited in the 18th century, a shocking discovery makes them both consider following in Claire’s footsteps.

This season we will be meeting a few new characters to the Outlander cast.

Jamie’s Aunt Jocasta, who lives on a plantation Jamie and Claire visit during their travels, is a really important new character. She was sure fun to follow in the books.

A new villain is introduced in the character of Stephen Bonnet. He’s a wayward pirate that continually entangles in the lives of Claire, Jamie, Roger, and Brianna. He’s truly a villian you will love to hate.

Being the fur baby lover that I am, I would not be doing my job if I forgot to mention Rolo. Ian Murphy’s new wolf/dog companion. Who knew that a fur baby side kick could be so awesome?

Are You Ready for AWESOME? Outlander Season 4 Trailer

When Does Season 4 of Outlander Start?

Now if you are as excited as I am, are you ready for the big news?

WHEN does season 4 of Outlander START????

That means you have a WHOLE week and a half to binge watch Outlander series on STARZ to remind you where we left our favorite characters. (Or for you slackers that don’t know how awesome this series is to catch up!!) 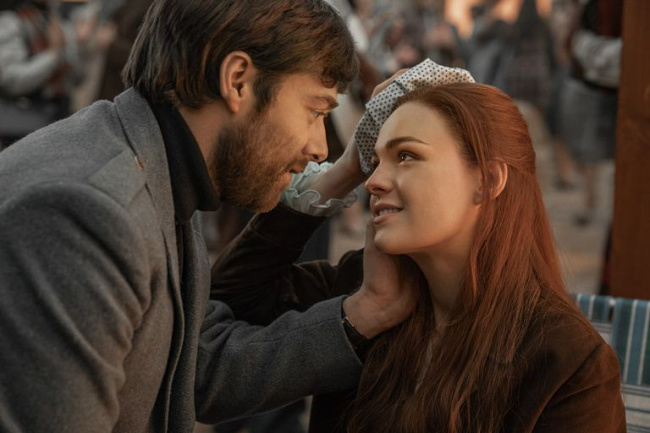 If you’re like me, then you LOVE to read. Don’t get me wrong the Outlander Series on STARZ is amazeballs, but reading the Outlander book series gives you even more juicy details about the travels of Jamie and Claire!

I’m a fast reader, but after seeing Outlander Season 1 I snagged the Outlander Book Series on Kindle and read it like my life depended on it.

The hubsters always likes to tease me about how fast I can plow through a good book series!

If you are REALLY up for a challenge, you can also check out the Outlander Series Books here:

If you’d rather binge watch Jamie and Claire, then GET your STARZ subscription silly. It’s super duper cheap, and drooling over Jamie for hours is worth every single little penny!

Sign up for your STARZ subscription here, and get to watching Outlander online! You can thank me later!

Previous Post: « 3 Tips to Fight Boredom for Busy Moms
Next Post: 6 Things You Didn’t Know About Stress And How It Affects Your Whole Family »