This is a sponsored post on behalf of Pillsbury™.

This cinnamon roll braid recipe with chocolate and cream cheese is one of my new favorites! In the kitchen, it’s fun to play around with semi-homemade recipes. Figured since spring is right around the corner, I’d find a new brunch recipe or Easter recipe to make something delicious for my family.

From start to finish this cinnamon roll braid recipe of awesomeness takes less than 30 minutes. Yup, that fast! You know how I like my food quick and easy. This cinnamon roll recipe is no exception. Thanks to Pillsbury Grands!™ Refrigerated Cinnamon Rolls with Cream Cheese Icing, and some cooking magic you can make these awesome braided cinnamon rolls too!

Now that I have my own family, we celebrate Ostara. While there may not be Easter bonnets and Sunday church we definitely still love celebrating the beginning of spring! After a long hard Minnesota winter, it’s a time for a gathering of friends and family to welcome sunshine!

Nothing brings sunshine (or a smile on your face) better than delicious food and kick butt friends to enjoy it with! This cinnamon rolls braid recipe will definitely put a smile on their faces! The best part about this delish recipe is you can customize it to make it your own. Put more chocolate in it or add some caramel. There’s SO much yumminess that could happen!

If you love this recipe, you might also want to check out these great ideas: 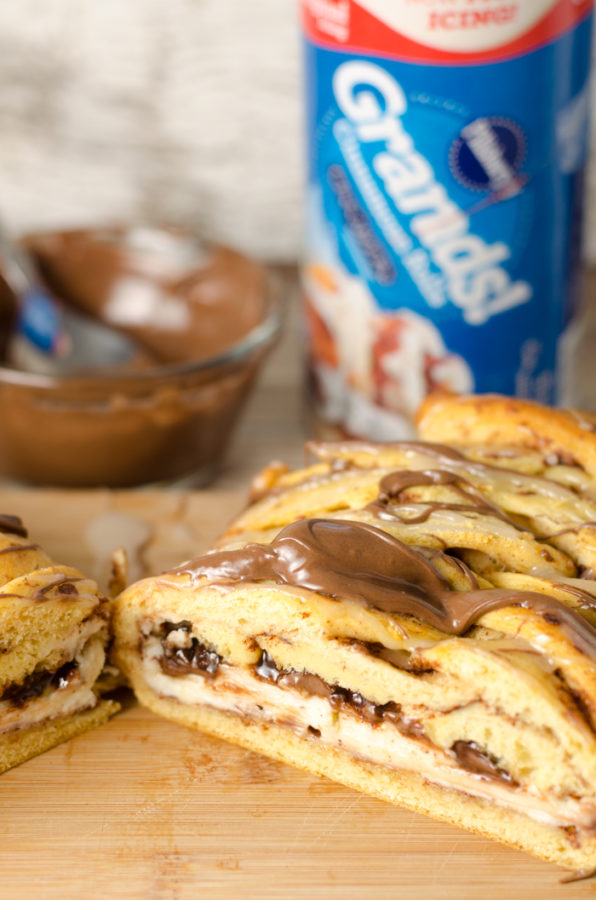 This semi-homemade cinnamon roll braid recipe has chocolate and cream cheese going on for days. It will make your guests THINK you spent all day slaving away in the kitchen, but it’ll be our little secret that it took you less than 20 minutes from making to done. (I promise I won’t tell) 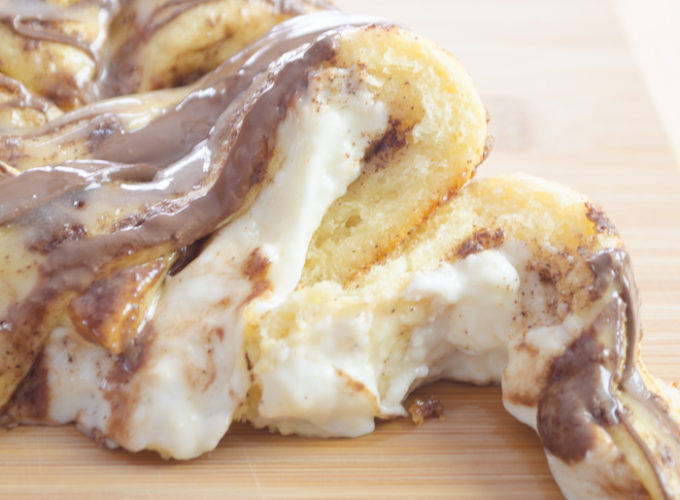